WHAT IS VAPING MTL?

It may sound like such a simple question, but it’s something that is always asked.

There is a difference between Vaping, and MTL Vaping is the closest to cigarette smoking but with a little difference.

Smokers and new tobacco quitters do it. 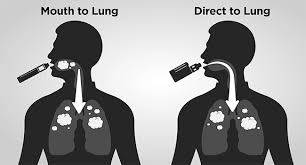 Some people are not interested in blowing out huge clouds of vapor. And want something as similar to the experience of smoking as they can get.

As you can only fit so much breath in your mouth and therefore the MTL method won’t have you seeing big vapor production.

Some like to use it when trying out juice flavors and want to get a real sense of the flavor profile and mouthfeel.

Also, some just prefer it as it is a more economical way of vaping. MTL tanks useless e-liquid than a sub-ohm tank, which are mostly used for direct to lung vaping.

Some simply don’t have an option due to years of smoking and the situation of their lungs. They usually struggle to take a full-on direct to lung hit.

What Is The Best Strength For Mouth to Lung Vaping?

There is a big difference between MTL and DL vaping in that you can afford to use a slightly higher nicotine content without making yourself ill.

Some use either 0mg or 3mg others use 6mg, 12mg or 20mg. It will ultimately depend on your requirement.

If you are trying to quit smoking, you will likely want to go for a nicotine strength between 12mg and 20mg.

If you try a juice and you don’t feel it satisfies your craving or it feels too much for you, then change your strength up or down accordingly.

You have to do a little bit of experimenting at first.

It is important to pay attention since choosing the wrong PG/VG ratio for first-time users can make or break an experience.

PG and VG are the two main ingredients in e-liquid.

Vape Devices in Dubai that support MTL are better suited to a higher PG content.

Buying 80% and 90% VG juices for new vape pen kits or pod mods could cause dry hits and leaking issues.

Since VG has a thicker consistency than PG can cause trouble in wicking in the smaller MTL coils, not only PG is known to be a better flavor carrier, but it is also considered as a suitable smoking replacement…the throat hit from PG e-liquid will probably seem more satisfactory to this type of vaper.

A higher nicotine strength also is the main contributor to increased throat hit.

What PG/VG Ratios is recommended for Mouth To Lung Devices

The vape tank’s airflow is also a factor in whether it is going to be direct inhaling or mouth-to-lung inhaling.

A tight airflow is for an MTL hit; also, a tighter airflow will provide a warmer vape.

One of the main differences between the MTL tank and a DTL tank is the mouthpiece. The MTL tank mouthpiece will be a lot narrower to mimic the act of smoking.

The mouthpiece on the DTL tank will be a lot wider, allowing for more vapor to be inhaled.

MTL vaping is best suited for use on the lower wattage scale on box mods or vape devices, usually between 11W and 20W with a resistance (ohms) above 1.0 Ohm.

ARE YOU OF LEGAL SMOKING AGE?

THE PRODUCTS ON THIS WEBSITE ARE INTENDED FOR 18 YEARS OF AGE AND OLDER ONLY. By entering this website, you certify that you are of legal smoking age

Age Verification ID will be required upon delivery